JC Rivera is an Artist based out of Chicago, IL. He has been a staple in the scene showcasing his immense skill in illustration, painting, toy design and more for the past 9 years. He has done various works from t-shirt design to logos to illustrating books to commission pieces to murals and beyond. He is most known for his signature character the Bearchamp which can be seen as murals all over Chicago, Miami, LA, Puerto Rico, UK and Barcelona as well as featured vinyl and resin toys at the famous Rotofugi and Pobber Toys. He has been featured on numerous websites, blogs and print magazines. Some of his other notable achievements include winning best Kracka in Kidrobot’s Munnyworld Contest, participating in Secret Walls, having his custom Mega Munny featured for Hyundai on their RE:MIX Lab tour, Won Cut&Paste “characterized “ designed competition, and he was tapped by Redbull for their Canvas Cooler event. JC partnered with Saucony for a weekend residency painting the exterior of their shop and hosting workshops in Indianapolis. JC has significantly expanded his interior mural portfolio over the past year with such clients as Capital One Digital, Spotify, Three Floyds Brewery, Havas, Energy BBDO, Quarter 20, Parlor Pizza and 1871/Tech Stars. 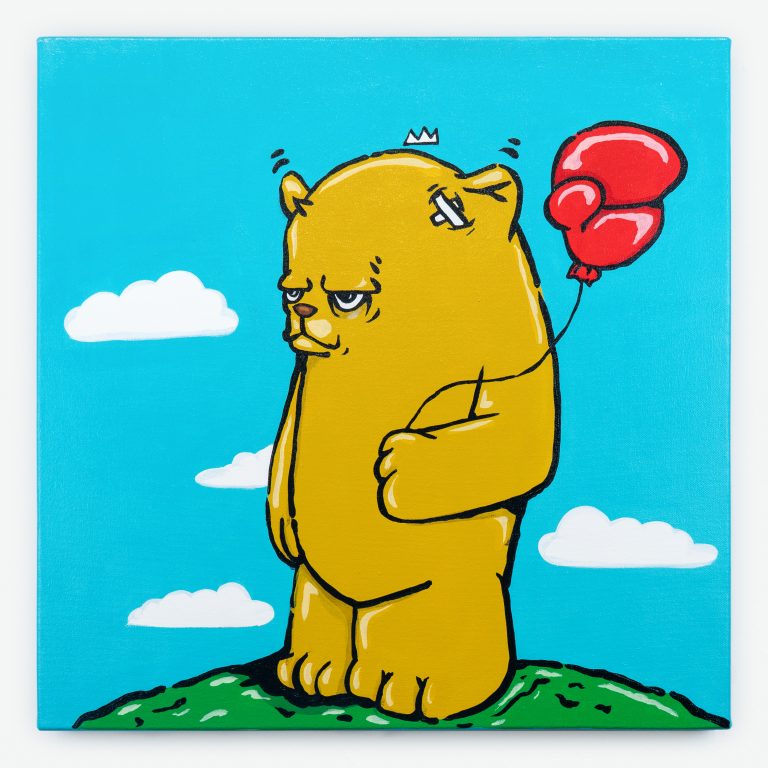 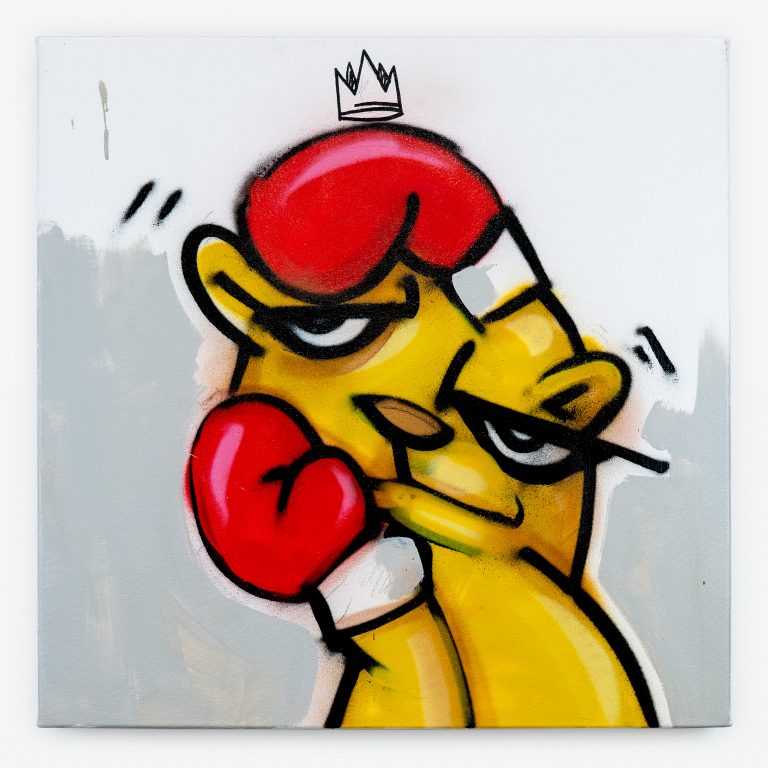 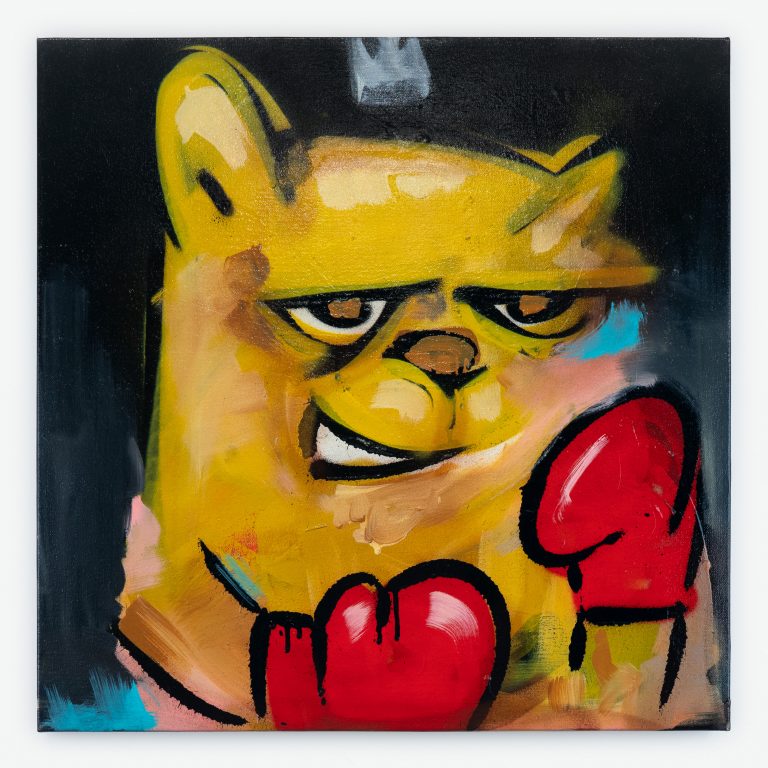 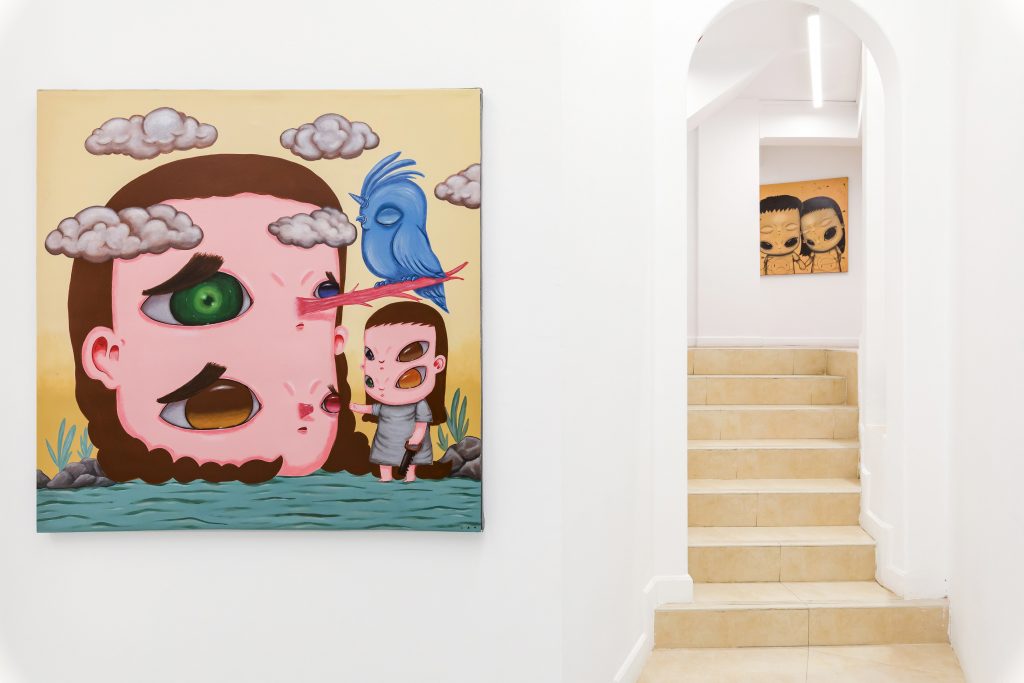 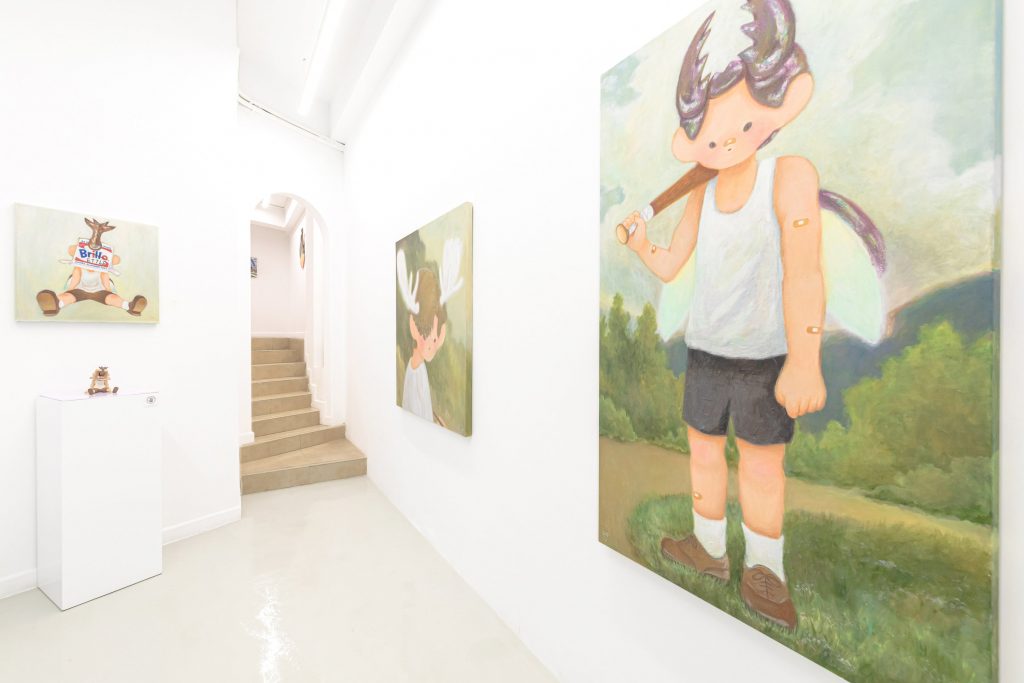 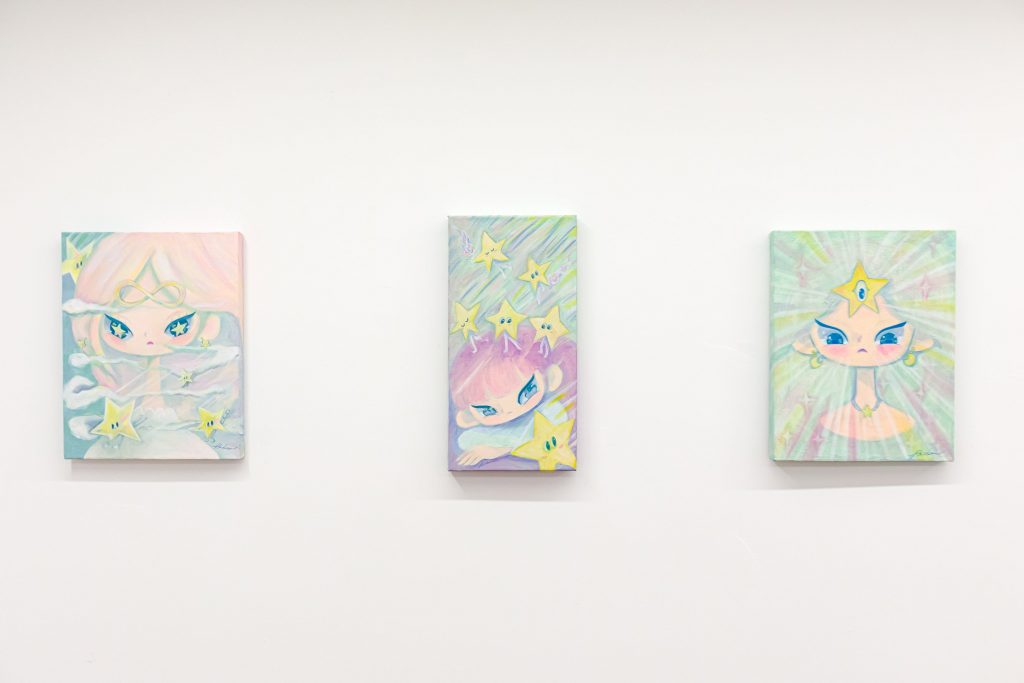 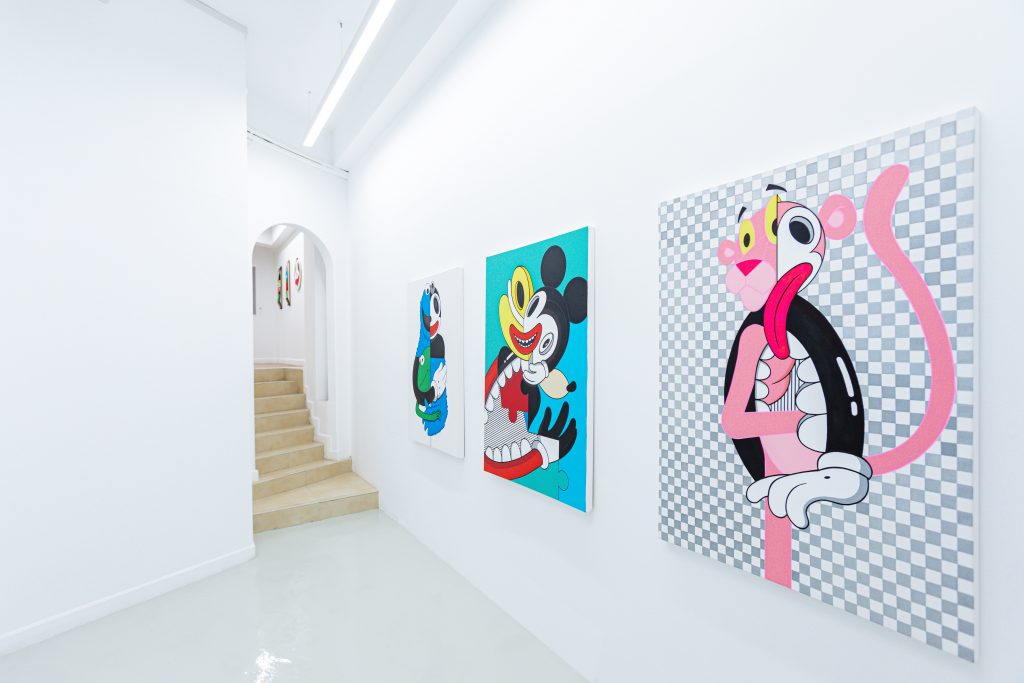 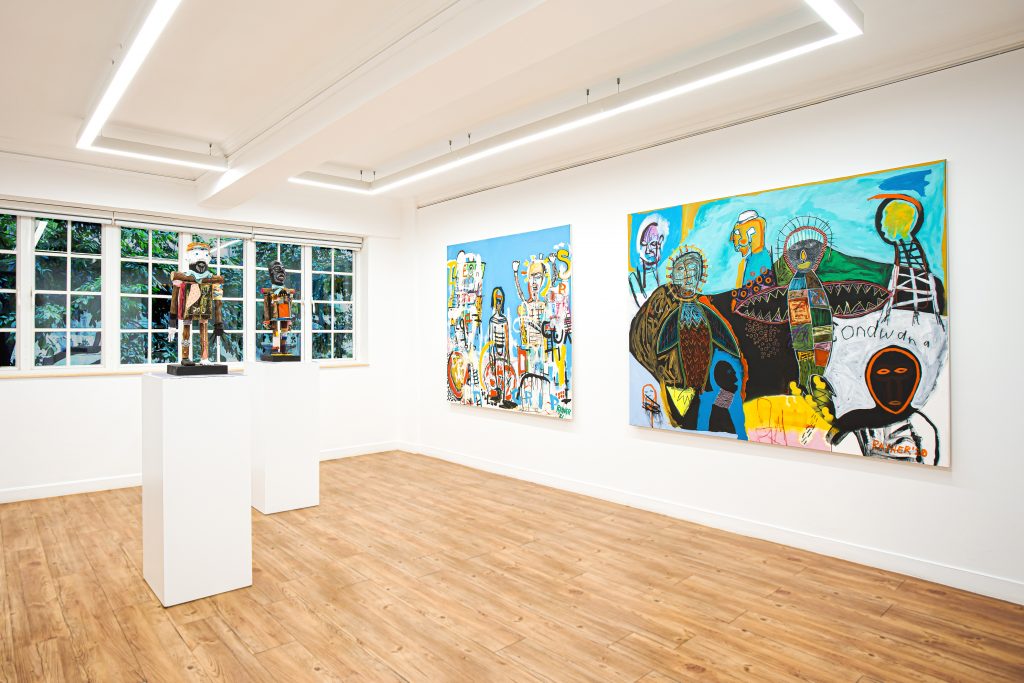 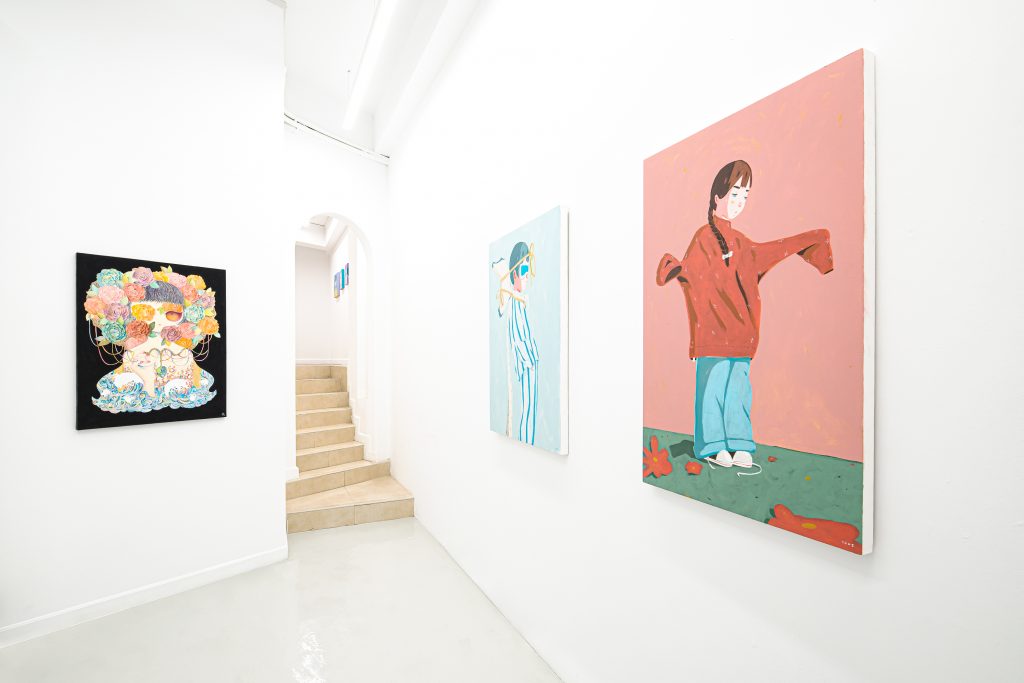 “I AM ALWAYS BE WITH YOU” GROUP SHOW
HONG KONG GALLERY 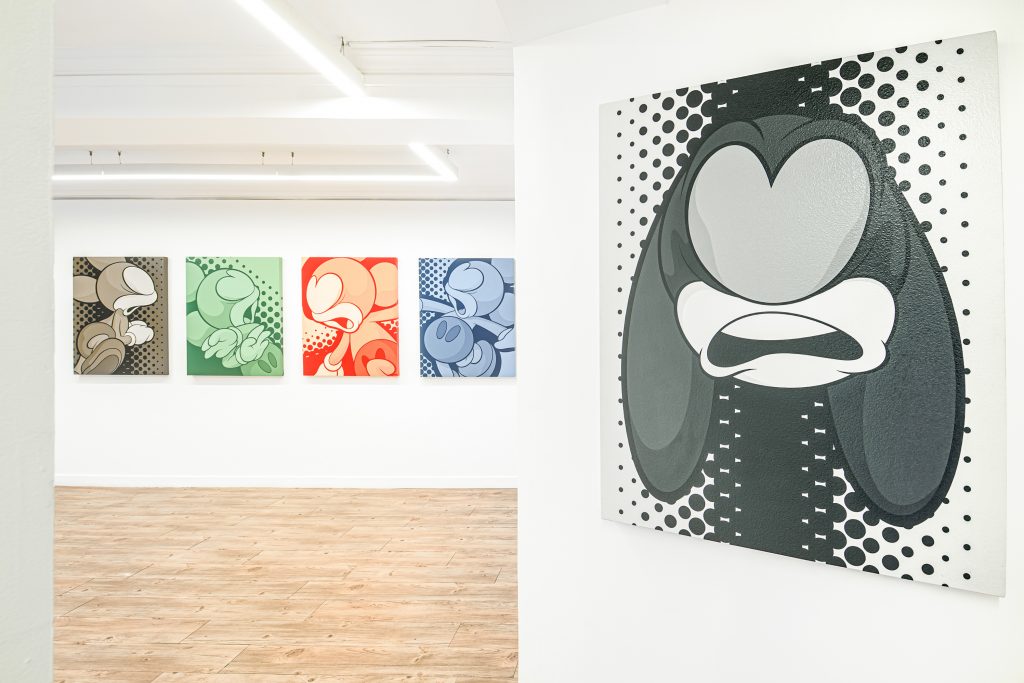 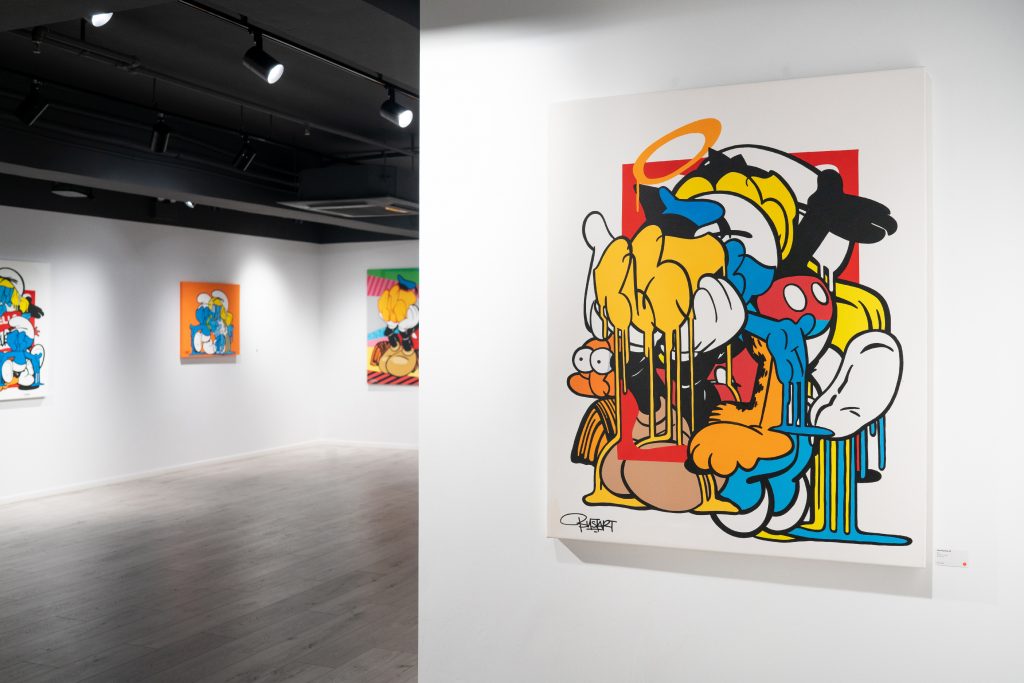 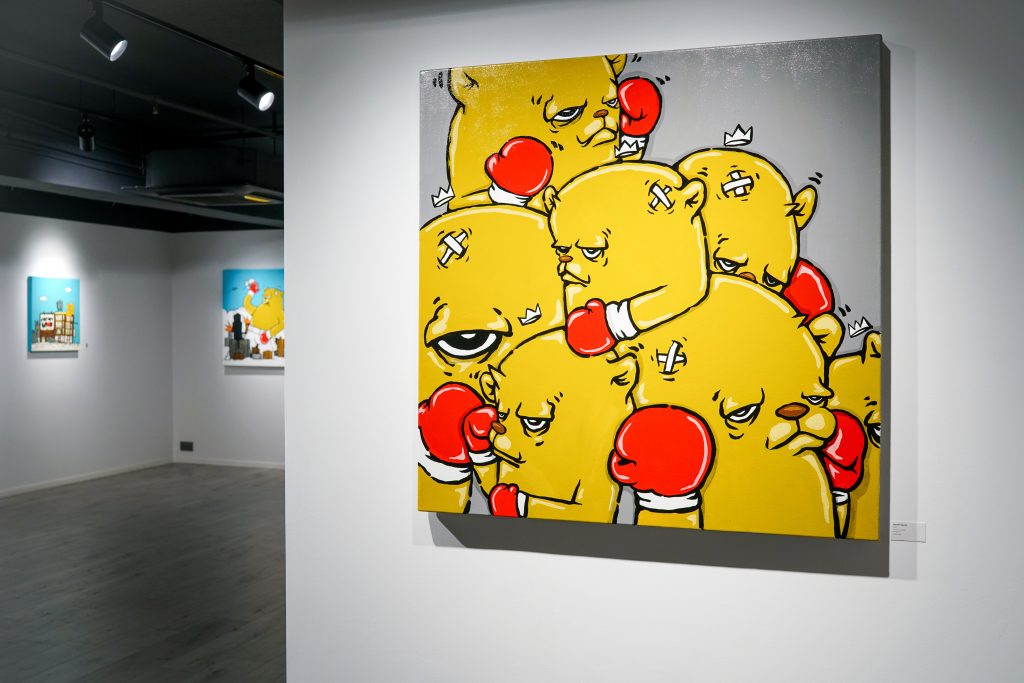